Keep up with how we’re changing young lives for the better.  Join our newsletter »

“What is your big goal?” Jaelen Blake asked his after-school class of Elevate kids a few weeks ago, “and what is the purpose of that goal?”

All the other kids immediately wrote down their goals, but Damarcus’s paper was empty. “I don’t know how to do it,” the 4th grader said. “I don’t understand the question.”

Jaelen was surprised, because five minutes earlier, Damarcus told the class that his goal in life is to be a professional football player. He said he wants to finish high school, get into a good college, spend some time on a college football team, then make it to the NFL and get rich. And not so he could buy himself nice things. His big goal is to pay all his mom’s/grandma’s bills and buy them both separate houses. “I don't want them to stress or worry ever again,” he said. 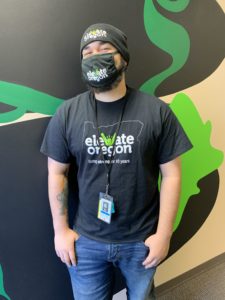 Stress and worry are a consistent reality for many of our students. When you support Elevate Oregon, you are giving a boost to fantastic kids who have big plans for the future but face too many hurdles and inequities to achieving their goals.

Saying his goal out loud and putting his thoughts on paper were two different tasks for Damarcus. He and his 4th grade teacher were bumping heads. His core classwork was at a 2nd grade level. He knew the answers, but refused to speak or show his work, glaring or kicking the floor. He couldn’t take accountability for his actions, and got very upset if he was reprimanded.

His teacher knew that Jaelen had established a great relationship with Damarcus. They’d been meeting daily outside the classroom, so that Jaelen could learn more about him and why such a smart kid behaved the way he did. When Damarcus called his teacher a liar in class, she reached out to Jaelen for help.

Jaelen met with Damarcus for almost 2 hours that day. Damarcus shared that his dad was not in the picture. His mom and grandma both worked a lot, so he spent a lot of time at home alone. He believed the world was against him, and that there was no one he could trust.

As a man of color and a former Elevate Oregon student himself, Jaelen was someone who Damarcus trusted. Jaelen talked to him about how to deal with these strong feelings: “If there’s a problem you can’t process, take a few steps back before you speak, before you blow up.”

Then Jaelen asked why he was struggling with schoolwork. “My brain doesn't work. It’s off,'' Damarcus said. Jaelen told him that his brain is always running, even when you sleep, and Damarcus replied, “I don't sleep. I can’t.'' 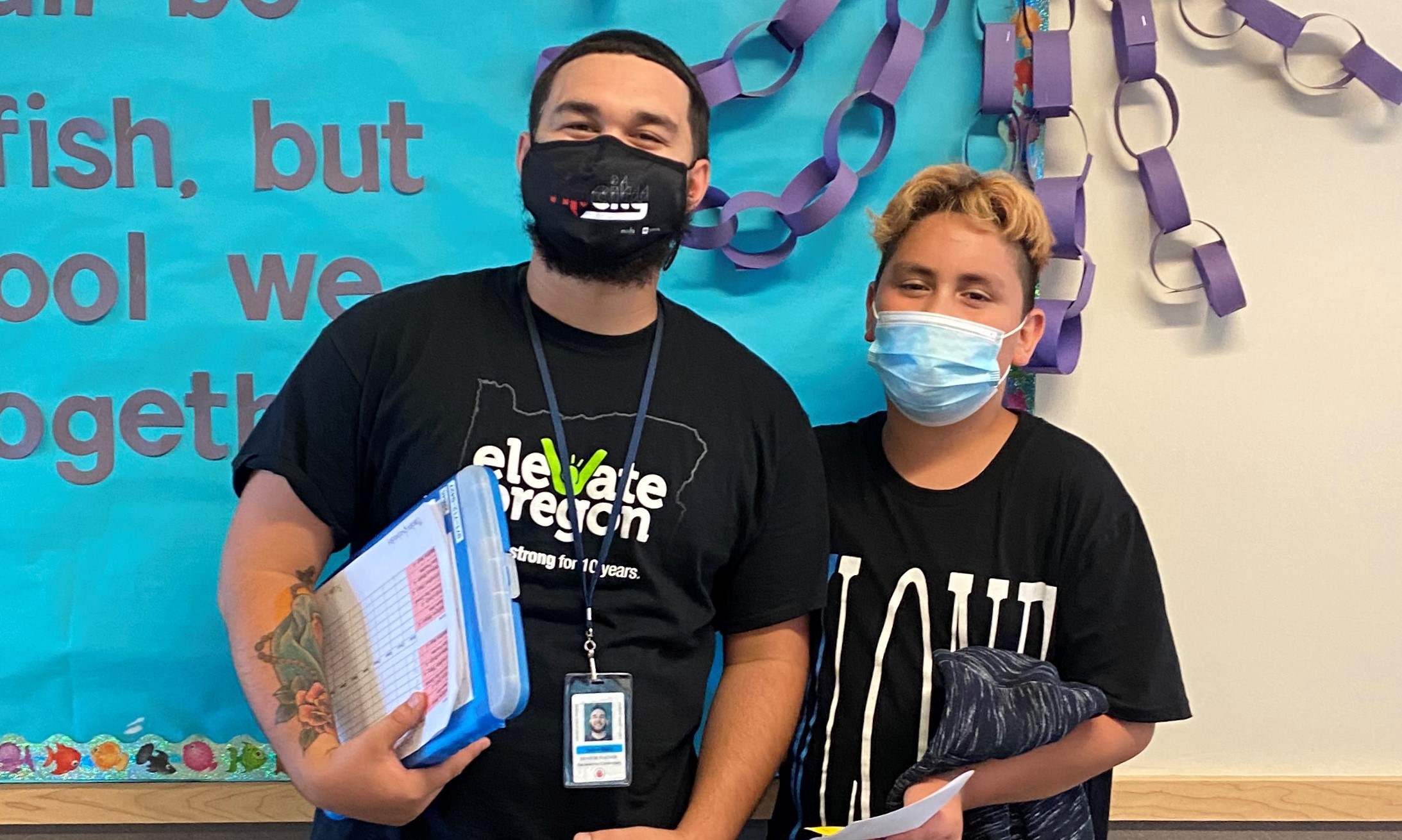 Together, Jaelen and Damarcus’s teacher called mom. They explained the difficulty he was having in school and how being sleep-deprived might be part of it. They talked about the effects of stress, and some sleep aids to explore. Jaelen shared about how he had similar trouble sleeping as a kid. After the call, Damarcus’s mom decided to try giving him a safe remedy.

Jaelen arranged for Damarcus to join extra support groups inside school for math, reading, and writing. Two days a week, Jaelen reinforced their mentoring session with Elevate’s after-school program, teaching the character qualities and life skills that are at the core of our curriculum. 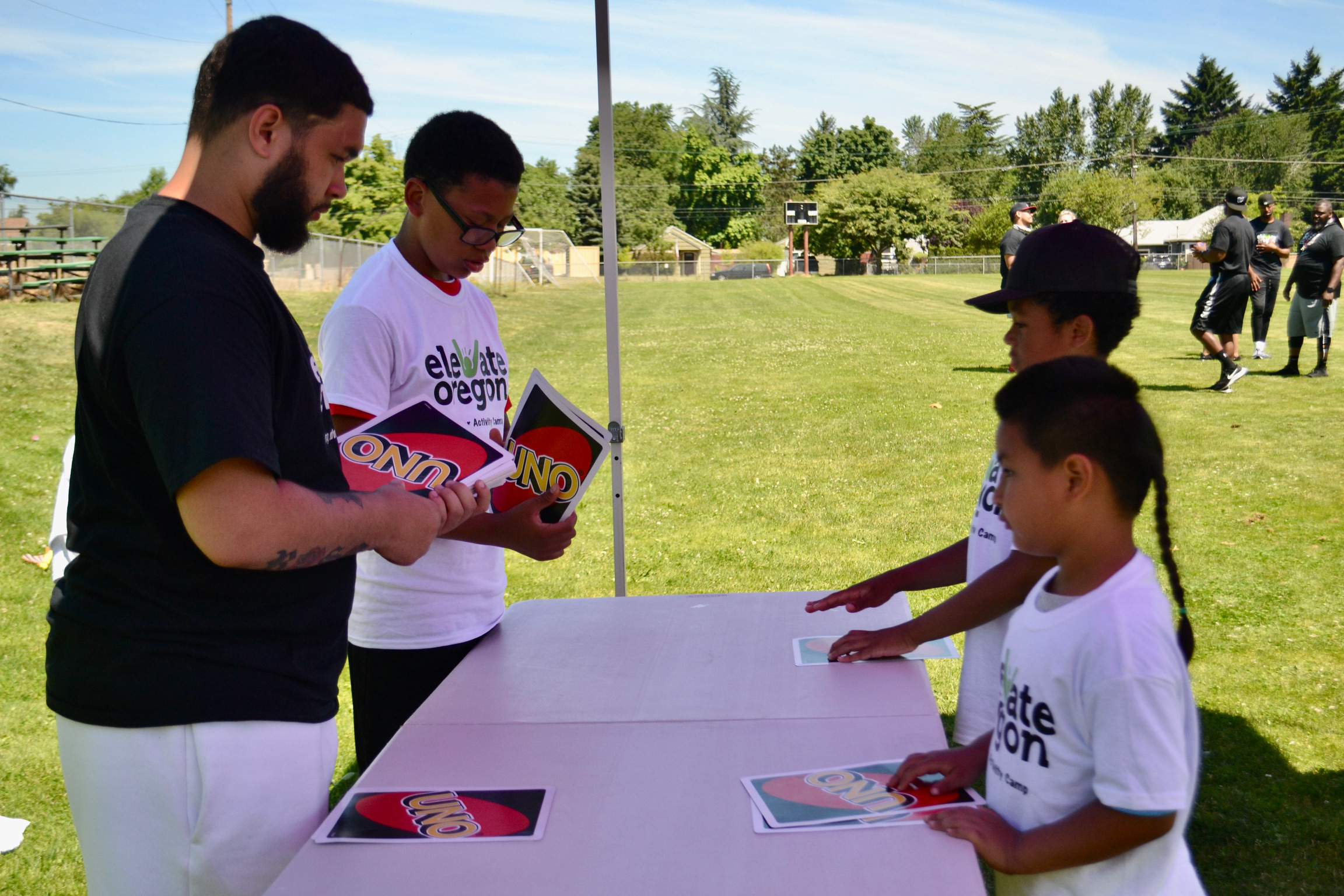 Within a few weeks, the change in Damarcus was dramatic. He was doing his school work, participating in a lot of class activities, and looking really happy. Jaelen saw him trying to be a leader, encouraging people, and sharing his newfound positivity with others. When Jaelen asked him how he's been doing, he replied that he was sleeping like a baby. Damarcus thanked Jaelen for caring. “I appreciate you always looking out for me,” he said.

We’ll be sharing four more stories during this Season of Giving that we hope will convey how important your support is to us. Each year, Elevate is a bridge to success for over 500 vulnerable Parkrose students. Our goal is to raise $25,000 by December 31. If everyone reading this post gave $125, or $250 per family, we would reach our goal. It’s that simple!

Whether or not Damarcus makes it to the NFL, together we can help him make it to the next level. Give today and level up the lives of Parkrose youth.

Stay Up To Date

Sign up for our newsletter to keep up with the impact our programs are making!